The major changes we’ve done for version 3.2 happened in the core system and you will not recognize them directly. 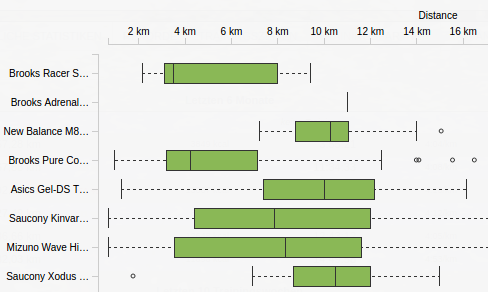 Values are visualized with so-called ‘box plots’. They give an impression of how values of a group are distributed. The middle 50% of all values are within the box itself and the so-called whiskers have a length of at most 1.5-times the interquartile range (i.e. the box’s width). Data points outside this range are called outliers.

This way of presentation allows to compare not only average values (e.g. pace over months) but deviations and outliers between different groupings. For a detailed explanation of box plots, see Wikipedia

With the tags chart panel you can determine which tags occurs often and which less.

This plugin was contributed by Felix Gertz

Create a free account and start analyzing your activities.

Any questions left? We are there for you. Ask your questions in our Forum or Facebook Community.