2018 is almost the past again, but the year just passed us by. Looking back on the last 12 months, we are pleased to announce that we were able to implement a lot of new features at RUNALYZE. We would like to show you these again with a short review – perhaps you will also discover some functions that have passed you by so far.

First of all, we’d like to briefly mention “advertising” on our own behalf: We currently have a small Christmas sale in the RUNALYZE Shirt Shop: With the code “christmas2018” there is a 3€ discount on the orders (until 21.12.) in the shop. 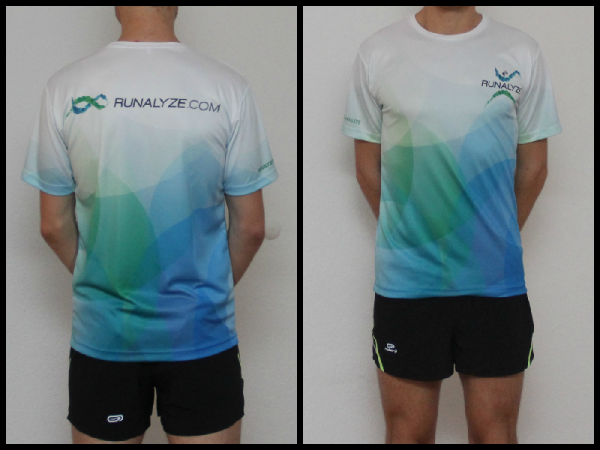 Since January RUNALYZE supports all values that RunScribe records and stores. With one RS+ Pod each on the left and right, four new metrics can be recorded in addition to the step frequency and the ground contact time already known from Garmins Running Dynamics: Impact Gs, Braking Gs, Footstrike Type and Pronation Excursion (More details on the metrics at RunScribe). In order for the data to be imported, it must be written to the fit files via the corresponding RunScribe data fields. 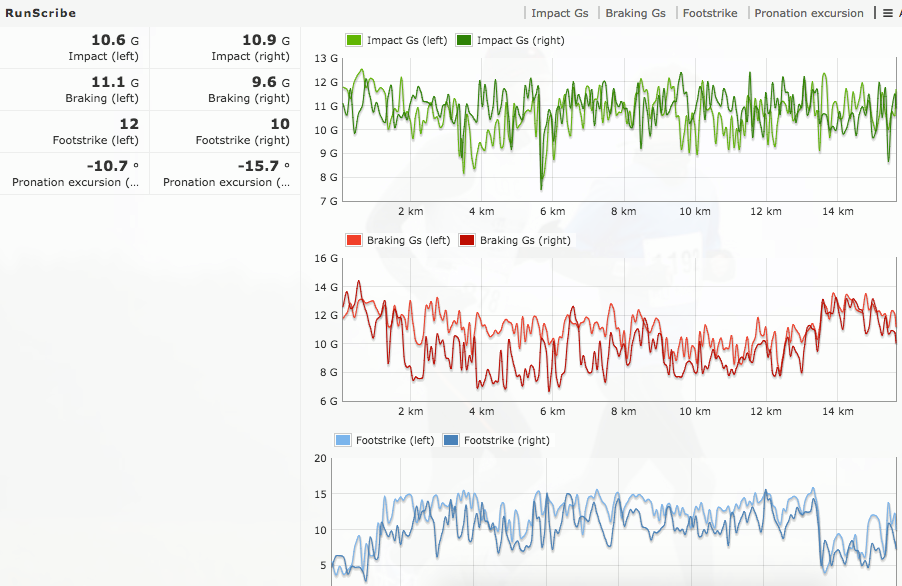 For ambitious runners, the main focus is on results. New best times want to be run and above all, for example, the 10 km best time is to be run afterwards on the half-marathon track. But is the person in a position to do this at all, or is there a lack of basic speed or stamina to achieve the best time on another track? How can results from different distances be compared with each other?

Thanks to the Effective VO2max, RUNALYZE already offers a comparison value for different distances. Results of the competition can also be compared by age grade. These values were already available, but now provide a particularly simple view of the performance and possible strengths and weaknesses of an athlete in the new performance chart.

The Performance Chart provides an overview of all the results of the competition (only running) over the different distances in three different views, scaled according to age standard, Effective VO2max or Pace. 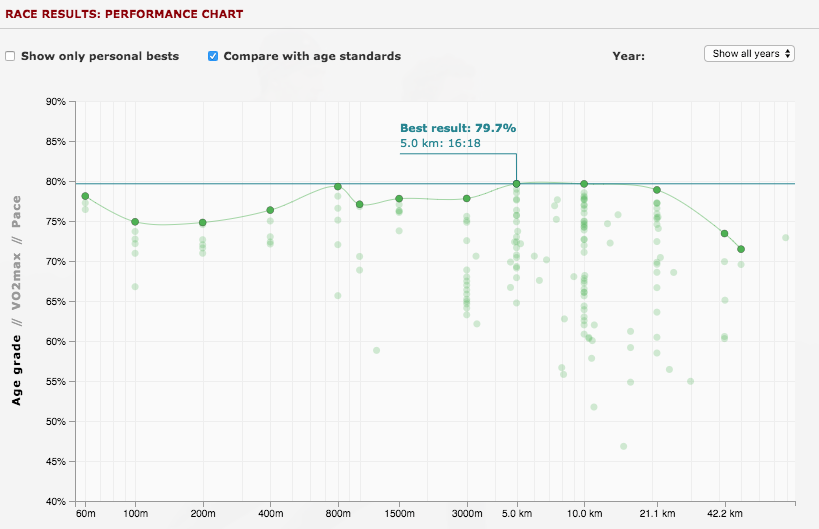 One of the biggest and most used features this year: The synchronization from Garmin to Runalyze. Garmin users can connect their Garmin account directly to RUNALYZE. Manual importing of activities is no longer necessary. The activities appear shortly after the (via App or W-LAN automatic) upload to Garmin automatically also at RUNALYZE.

The zone configuration was long announced as “available soon” and has finally found its way to RUNALYZE. This allows the zones for heart rate, power and pace, which are evaluated in the activity view, to be configured arbitrarily. Standard zones as well as sport specific zones can be defined.

Since June, you can also send activities to a specific email address to import them. More about this in the corresponding blog post.

After the addition of Garmin synchronization in Runalyze in May, automatic synchronization with Polar has been added. The manual upload of activities (after previous export to the manufacturer) has finally been eliminated for polar users. It won’t be the last manufacturer we’ve tethered to Runalyze.

Although the tools have not been officially announced here, we now offer the possibility to import the entire activity history of Polar or Garmin. With the special tools that are linked during synchronization, you can import all your data from Garmin or Polar with one click. In the meantime, the tools have been adapted from time to time, since they were still somewhat error-prone at the beginning. 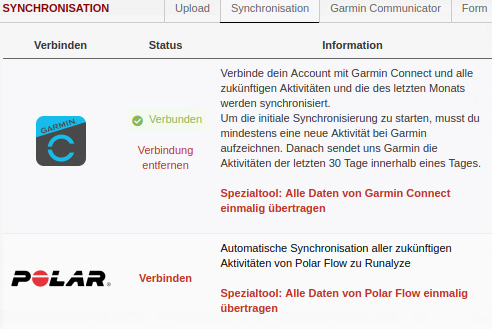 At the beginning of September the dynamic histograms were added, which replaced some old histograms. All weekly or monthly kilometres of one or more sports in one or more diagrams, optionally divided into training types, summed up by day, week, month, year, weekday or time – the possibilities are extensive. Of course we also have some more improvements on our todo list for the future. 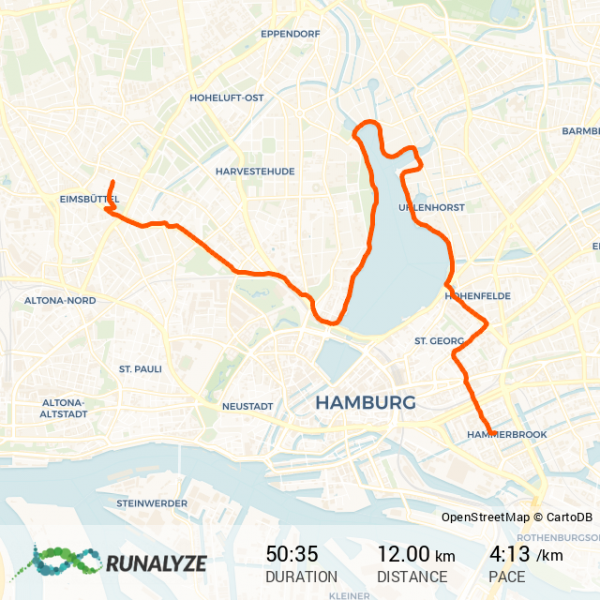 The panel missing from some with the training paces is back. Now you can configure your own training areas, which automatically adapt to the forecasts of Runalyze. 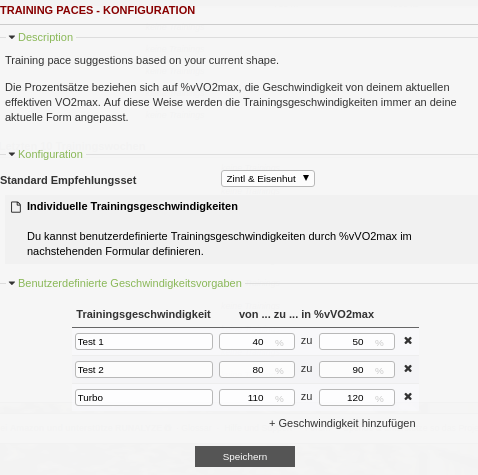 At the end of the year the poster tool will become more important again and so we have implemented some wishes that you have most often wished for. These include in particular the area selection for the heat map. Read more in the blog post.

Of course, not least due to automatic synchronization and total imports, the monthly uploads of activities have more than quadrupled. At the beginning of the year ~25 million kilometres were documented in RUNALYZE, in the meantime there are over 50 million documented kilometres.

In automatic synchronization, Garmin is unchallenged with ~5800 users connected to place 1, followed by Polar with 1160 users. We are curious where Suunto and Fitbit (presumably 1st quarter 2019) will be positioned.

At the end of the year we will present you a preview for 2019. Stay tuned!

Create a free account and start analyzing your activities.

Any questions left? We are there for you. Ask your questions in our Forum or Facebook Community.